Juniper is a leading provider of care, accommodation and support services for older Western Australians. We are a values-driven, not-for-profit agency of the Uniting Church in Western Australia.

Since welcoming our first residents in 1949, we have grown to employ 1,767  staff and 205 volunteers and support 4,573 Western Australians in our retirement villages, home care programs and residential aged care services.

Our response to increasing need encompasses a strong presence throughout metropolitan Perth and in the Great Southern, South West, Kimberley, Mid-West, and Wheatbelt regions, giving us one of the largest care footprints in the nation.

We strive to add value to the communities in which we operate where our staff and volunteers work to deliver our vision for a life well lived. 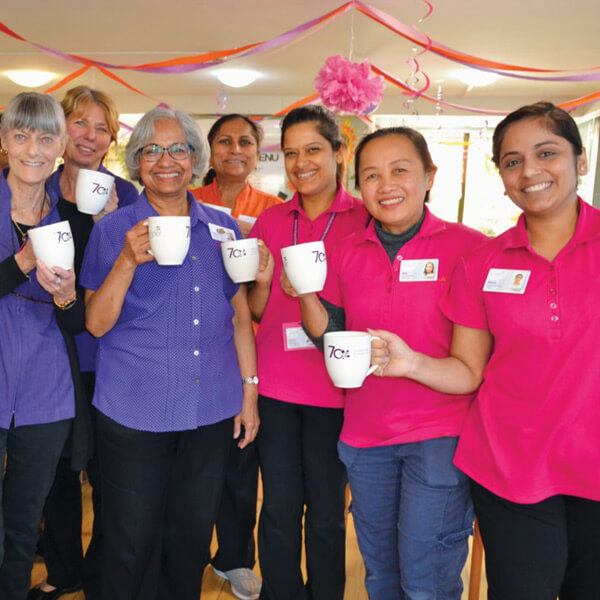 Juniper celebrates our past and inspires our future

Juniper is a hardy plant known for centuries for its medicinal properties. It has deep cultural and biblical connections the world over and is synonymous with shelter and spiritual sustenance.

The juniper herb has great medicinal value and has been used since ancient times to fight disease, relieve anxiety and provide effective protection against infection and inflammation.

The Bible relates a story of the prophet Elijah who sheltered under the juniper tree during a period of pursuit, and an apocryphal tale tells how it protected infant Jesus and his parents from King Herod’s soldiers, during their flight into Egypt.

It is the plant’s qualities of shelter, protection, sustenance and strength that are reflected in our name as we look confidently to the future and strive to deliver our vision for every person to have a life well lived.

For more than 70 years, we have provided care and accommodation for older Western Australians.

Since Juniper opened its doors in 1949, our passion for enabling others to live a good life has been the foundation of our success.

The fifth daughter of a Swan River settler, Sarah Hardey was devoted to the life of the Methodist Church who, in 1917 aged 80, established a home for women in Mount Lawley.

Skip forward to the 1940s, when the ravages of WWII created an urgent need in Perth and surrounds for accommodation for ageing women.

Hardey Lodge fulfilled that need in 1949 when the facility accepted 12 elderly ladies. In the years that followed, the Methodist, Congregational and Presbyterian churches continued their long history of local and State initiatives in providing care for aged people.

In 1977 the three denominations formed the Uniting Church in Australia and Hardey Lodge, Rowethorpe and Subiaco Memorial Hospital joined the new church.

To meet demand from an ageing population, the Church decided to combine its resources, and in 1992 its ten aged care operations joined as one organisation, named Uniting Church Homes.

Today Juniper continues to build on our history, experience and expertise to provide some of the most modern and forward-thinking services available to become WA’s provider and employer of choice in aged care. 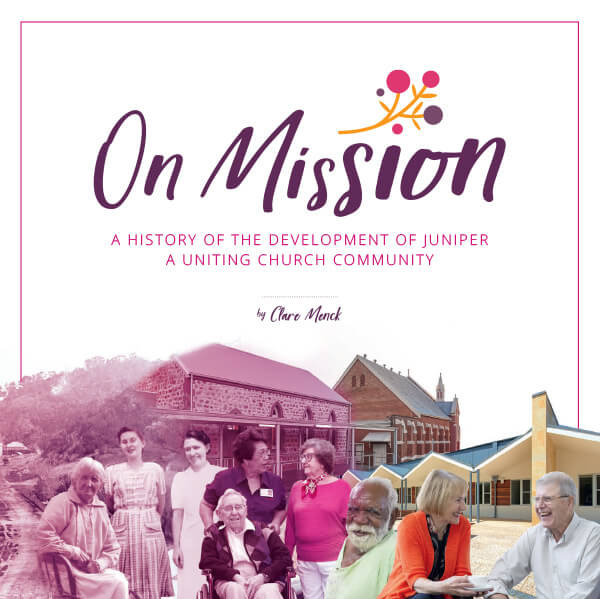 Juniper provides home and community care, retirement living and residential aged care services to older people. Juniper is a registered charity in Western Australia and with the Australian Charities and Not-For-Profit Commission and operates for a not-for-profit (community benefit) purpose.

Uniting Church Homes trading as Juniper – a Uniting Church Community is a body corporate incorporated under the Uniting Church in Australia Act No 139 of 1976. As a registered charity, the profits we generate benefit our residents, clients and staff, and the wider community, not shareholders. Details of our financial status are available from our annual report.

The organisation is governed by a board which Juniper’s Chief Executive Officer reports to and who in turn may delegate key functions to the Executive Leadership Team.

The Board of Juniper takes a progressive approach to its governance role. The Board sets the strategic direction and overall policy framework within which Executive staff can manage the effective operation of care services and related business activities. The Executive Leadership Team provides leadership and support to operational managers and oversees effective business systems to ensure Juniper delivers the best possible care and services to our residents and clients.